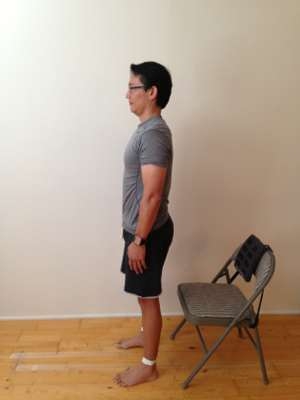 What is optimal breathing? It is much more than just standing around and sucking air in and pushing it out. In my research regarding breathing, western medicine has little to offer about breathing as a solution to health problems. However, it seems that all the knowledge and research comes out of Europe and through the yogis of India.
Leon Chaitow, an osteopath/naturopath based in London, is one of my favorite authors on the subject of breathing. In his book Recognizing and Treating Breathing Disorders, on Pg 26 is a description of optimal breathing:

There are actually four ways to breathe according to the yogis of India. In Light on Pranayama by B. K. S. Iyengar, on pg. 21:

You’d think that we all knew how to breathe correctly since we do it all day long. However, it seems that over time, we have developed a ton of faulty breathing patterns. In Karl Lewit’s Manipulative Therapy, pg. 31:

The most important faulty respiratory stereotype, seen from the point of view of the locomotor system, is that in which the thorax is lifted during inhalation ( Parow 1954 ). In this pattern the thorax is lifted in the cranial direction by the scalene and sternocleidomastoid muscles and the superior fixator muscles of the shoulder girdle, but without expansion of the chest.
Termed ‘clavicular breathing,’ it involves a reversal of the normal respiratory mechanism, since the scalene muscles, which normally only fix the thorax, raise the lung; resistance is offered by the diaphragm. This is inefficient, not only from the respiratory point of view, in that the volume of the chest increases very little, but also for the locomotor system, because of the chronic overload that this causes to the cervical spine.
A further effect is that fixation of the thorax to the pelvis no longer occurs, causing instability of the lumbar spine. The pattern of lifting the thorax during inhalation, or clavicular breathing, can be asymmetric, if one shoulder is raised more than the other. The stress on the cervical spine is then greater on this side. Clavicular breathing is the disturbance that typically occurs when sitting but not maintaining a straight posture, because this makes expansion of the thorax difficult.

and then on pg. 156, what can happen if you exhibit faulty breathing patterns:

Many things can cause these poor breathing patterns to establish themselves: physical (ie. injury) and emotional (ie. fear, stress) – even intellectual (ie. watching others breathe as models for their own breathing). Over the decades of life, all of these add up to developing poor patterns, certainly poor for performance much less quality of life. So it is important to get back to activating the diaphragm for breathing, where we can get to optimal breathing (as described previously).
Activating the diaphragm has function beyond just that of breathing. For performance, the diaphragm is critical in proper stabilization of the torso. As stated in Manipulative Therapy pg. 30, “The diaphragm is a respiratory muscle with a postural function, and the abdominal muscles are postural muscles with a respiratory function.” Maintaining proper posture and retaining that shape during movement is VERY HARD without the diaphragm helping.
From Recognizing and Treating Breathing Disorders, pg. 17:

A number of studies document coordinated synergy of the diaphragm, transverse abdominis, pelvic floor and the multifidus muscles during postural activity ( Hodges & Gandevia 2000b ). However, this synergy is not under full volitional control and modifiable. Therefore, the diaphragm, controlled by the CNS, assists in ensuring postural body control. The activity of motor neurons of the phrenic nerve is organized in such a way that the diaphragm simultaneously contributes to respiration as well as body stabilization and other nonventilatory behaviours ( Mantilla & Sieck 2008 ).

How does this stabilization work? From Manipulative Therapy pg. 30-31:

Beyond the postural and stabilization function of the diaphragm, it also has other important functions relating to digestion (Recognizing and Treating Breathing Disorders, pg. 20):

During a breathing cycle, a rhythmic compression of the abdominal cavity occurs and leads to a cyclical movement of the internal organs. During inspiration, almost all internal organs of the abdominal and retroperitoneal areas shift several centimetres in a caudal direction ( Xi et al 2009 ). This organ movement and the pressure activity of the diaphragm partially contribute to the transport of food and digestive juices. In this way, the diaphragm assists in digestive processes and significantly contributes to peristalsis and food propulsion.

Removing faulty breathing patterns and re-activating diaphragmatic breathing, thus, has many benefits beyond just getting more air into your body.