The last half of 2007 saw for me an acceleration of deal flow. I’ve spent numerous hours with a host of startups. I’ve passed on a few, gotten further with others. Most I’ve not gotten involved with, and the remaining few I’ve stuck with them through the process and told them verbally that I was committed, as long as other things fall into place.
Some of these deals have taken a long time to close on investment, or finalize my involvement. I find that as the weeks become months, that I am feeling a bit of fatigue on these deals.
I have heard this happening to other entrepreneurs where if they take too long, their investors just lose interest and don’t want to do the deal any more, or just move on to other projects which are taking up their time. Now that I am toe-ing the edge of this fatigue on deals, I can relate to how these investors feel.
As an investor, I told myself I would not be flaky. When I say I am committed, I want to be just that and not be wishy-washy. I do not want to frustrate entrepreneurs and make them do extra work in chasing down investors who can’t figure out if they want to do the deal or not but just stay in that grey zone; I want them to finish the fund raising part of their company building and move back into building the product and business. I have heard too many stories about investors who can’t seem to just make a decision to say yes or no and don’t want to be like that.
But now I feel some fatigue setting in, and start to ponder not just the fatigue aspects but also the reasons why it’s taking so long.
We investors tend to like to pool our due diligence process by watching the reactions and analyses of other investors. So if an entrepreneur can’t get the commitment of prominent investors in a short amount of time, then perhaps that is saying something about the project itself. Perhaps something is amiss; perhaps the entrepreneur’s pitching skills need work, or the pitch itself needs re-work, or the business plan itself. Add to that other projects demanding my attention – I cannot help but feel that fatigue may actually pull myself out of commitment on certain projects due to my own wavering interest, but also the real reasons why it’s taking so long to close on an investment round.
Now that I am experiencing this time lengthening process firsthand, coupled with my own fatigue on projects, I offer this advice to entrepreneurs, which is to close on investment as soon as possible, doing whatever it takes to prepare, make a great pitch, and herd the investments to a close date.
It’s a bit like dating; if I go out with a girl many times and it doesn’t seem to go anywhere, shouldn’t I stop wasting time and move on to someone with whom a great relationship would develop?

I just got involved with a new venture called betaworks out of NYC. It’s a new business creation platform which hopes to serve the east coast market for socially driven early stage internet startups, with close ties to the west coast. We just moved into our official first location with Daylife: 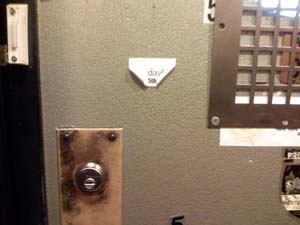 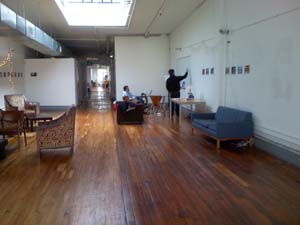 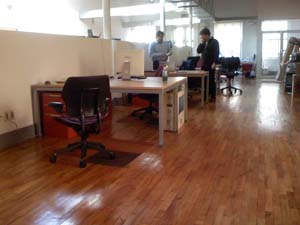 I’m excited to be part of this team. We’ve brought together a group of people with wide variety of experiences and are working through our operational details now.